On Tuesday 19th September, 34 Fan Makers and their guests made their way through crowds of West Ham fans to enjoy an evening at H Forman & Son, the East End’s last smokehouse.

We were treated to a fascinating talk from the owner, Lance Forman, a truly inspirational character who described the history of the business which was founded by his great-grandfather in 1905. Having suffered a serious fire, his refurbished premises was then destroyed by flooding. This was followed by a painful battle with the Olympic committee, which eventually built the Olympic Park where Formans and many other thriving businesses were situated. Sadly, many of those businesses didn’t survive but Formans relocated yet again and remains a thriving business today thanks to the tenacity and determination of its owner.

Following a factory tour and a salmon carving demonstration by Forman’s Guinness World Record Salmon Slicer (and resident comedian), we enjoyed a delicious meal in their restaurant. The smoked salmon was incredible; as Lance said, you should be able to taste the salmon, not the smoke – and he was absolutely right.

We are very grateful to Lance and his team for an informative and entertaining evening. 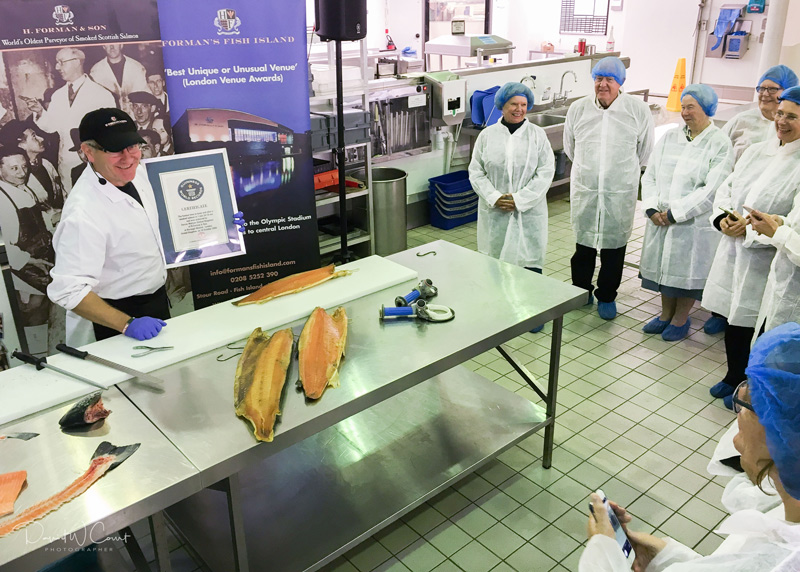