Past Master, Dr Michael Smith has written this article explaining his involvement in Project AA810

The restoration to flight of an extremely rare Spitfire with its amazing provenance; and the associated nation-wide Sandy Gunn Aerospace Careers Programme.

Prime Minister Winston Churchill was concerned, very concerned, as to the location of Tirpitz, sister ship to Bismarck, the pride of the Nazi fleet. A ship so menacing it threatened all the Royal and Merchant Navy arsenal. It had moved from the shipyards at Wilhelmshaven, but now it was nowhere to be seen.  Churchill ordered it had to be found at all costs, and destroyed.

Six young men from the Photographic Reconnaissance Unit (PRU) were tasked with finding her; to do so they were seconded to RAF Wick in northern Scotland, and by the 23rd January 1942 Tirpitz was found in Trondheim harbour. Enigma intelligence suggested that the ship was likely to move at any time, and the Luftwaffe presence was building. Bomber Command needed to strike hard and fast to eliminate the threat. Eyes on Tirpitz were essential whenever flights could be made.

And so it was that on the morning of the 5th March 1942, a young man named Alastair ‘Sandy’ Gunn, an ex-apprentice diesel engineer, took off from RAF Wick in Spitfire PR.IV AA810 heading for Trondheim. In the clear blue sky he had no cloud cover to protect him. From a listening station in Kristiansund the Germans monitored his approach and, unbeknown to Alastair, two Messerschmitt ME109s were waiting high in the sky for him.

Diving down, the lead ME109 flown by future air ace Heinz Knoke scored hits on Alastair’s oil system, slowing him as he dived for the Norwegian coast. Closing in for the kill, Heinz found his windscreen covered in oil and so broke away giving Alastair just a few minutes more. The second ME109 flown by Dieter Gerhardt closed in and, pressing home the attack, his explosive 20mm cannon rounds found Alastair’s wing fuel tank; soon AA810 was on fire.

Taking to his parachute, Alastair descended to the snow-covered mountainside below. Witnessed by both the Germans and the locals, keen to help two Norwegians made their way up the mountain to aid him. Burned, Alastair couldn’t master the skis they had brought him to aid his escape to Sweden, so he made his way off the mountain and handed himself in. Transported to Trondheim, onwards to Oslo and then to Germany, Alastair was questioned for almost a month on his mission, maintaining his silence for 21 days. He was then sent to the new camp of Stalag Luft III, being the fifth prisoner to arrive. Alastair became involved in a tunnel dig, although sadly this was soon found by the Germans. It was then that he started on tunnel ‘Harry’.

On the night of the 24th of March 1944, Alastair was the 68th man to enter that tunnel to leave the camp. In what was to become immortalised as ‘The Great Escape’ along with Flt Lt Casey he made his exit into the night, both making their way to the train station. Intent on travelling to safety in Sweden, they rode underneath the freight trains sitting on the axles, but were discovered 25Km from the German port on the 26th March. Transported to Gorlitz, Alastair was handed to the Gestapo and after several days of questioning, his name was called once more. On the 6th April, Alastair was driven from the prison and executed on the direct orders of Adolf Hitler. He was just 24 years old.

There is no national memorial to the young men of the WWII PRU. They came from all over the Commonwealth and a broad spectrum of backgrounds, they flew unarmed and unarmoured Spitfires and Mosquitos hundreds of miles and for many hours, deep into enemy territory, all to gather vital information for the Allied war effort, and they suffered the second highest attrition rate of any aerial unit in the war.  Their sacrifices and endeavours paved the way for the RAF operations we see today - unmanned drones undertaking the same missions, but without the human risk.

Project AA810, designed and led by Tony Hoskins and Past Master Dr Michael Smith, and supported by Sir Michael Arthur, President Boeing International, and Sir Peter Gregson, Vice-Chancellor Cranfield University, is the story of these young men, their memorial, and their legacy & inspiration for future generations.

To date we have reached 39 million people via international broadcasts, news articles, documentaries, podcasts and social media.  Furthermore, the BBC filmed the recovery in their ‘Digging for Britain’ series, and will now be filming our restoration and youth engagement activities as we return Sandy’s Spitfire to flight and assist young people through our associated Sandy Gunn Aerospace Careers Programme (ACP) both of which continue to gather support from schools, industry, the professions and right up to the Halls of Westminster. Indeed, through our engagement with Parliament, we are advanced in establishing a permanent National memorial to be sited opposite the Cabinet War Rooms, a most apt location considering the PRU’s significance to the successful tactical planning of the conflict.

AA810’s journey back to flight is now well underway. We have been very fortunate over the last 12 months to have secured financial and services assistance from a number of companies and private individuals in both the UK and the USA, not only to launch the ACP, but also to begin the restoration. At the time of writing we are completing the entire tail unit, and have begun work on stripping the wreckage for useable parts.  The construction of the fuselage and then the wings will commence in 2020 and 2021 respectively.

Additionally, we have identified a Rolls-Royce Merlin engine that is currently being assessed for overhaul. Testing and inspection of serviceable systems and equipment continues alongside the airframe restoration to keep us on track for our post-restoration flight at the end of 2022.  In 2023, before the international media, AA810 will return to Norway, to the community whose ancestors helped its last pilot, Sandy Gunn in 1942, before completing its mission back to the UK.

On 27th September 2019, Sandy Gunn’s 100th birthday, we launched the ACP in his name at Cranfield University Airport; its integral Presentations and Engineering Workshops will commence in 2020, and the associated AA810 Network providing follow-on support, in 2021.

The project team behind this venture includes engineers, pilots, senior executives from Industry, Academia, the legal and financial worlds, relevant professional and trade bodies, teachers, and youth organisations such as the Air Cadets.

The uniqueness of the historical stories attached to AA810 makes Sandy’s Spitfire not just one, but possibly the most significant restoration in the global historic aircraft community; but to this day these PRU crews are largely unknown, their bravery earned them medals but not public recognition. Consequently, when she flies again, Sandy’s Spitfire will be the hook, the attraction that promotes the ACP as the living memorial to all those of the PRU. As such Project AA810 embraces both a highly important chapter in our Nation’s past and also, through the ACP, its future.

Further information may be obtained from our two developing websites: www.spitfireaa810.co.uk and www.acp-aa810.co.uk 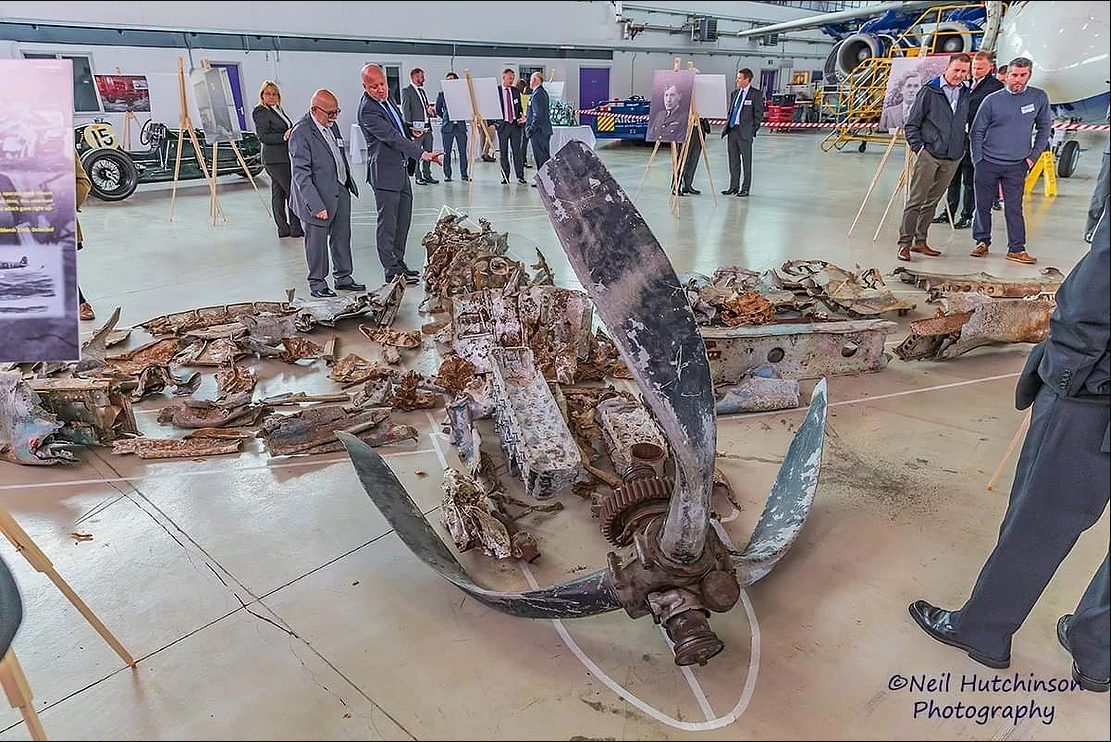 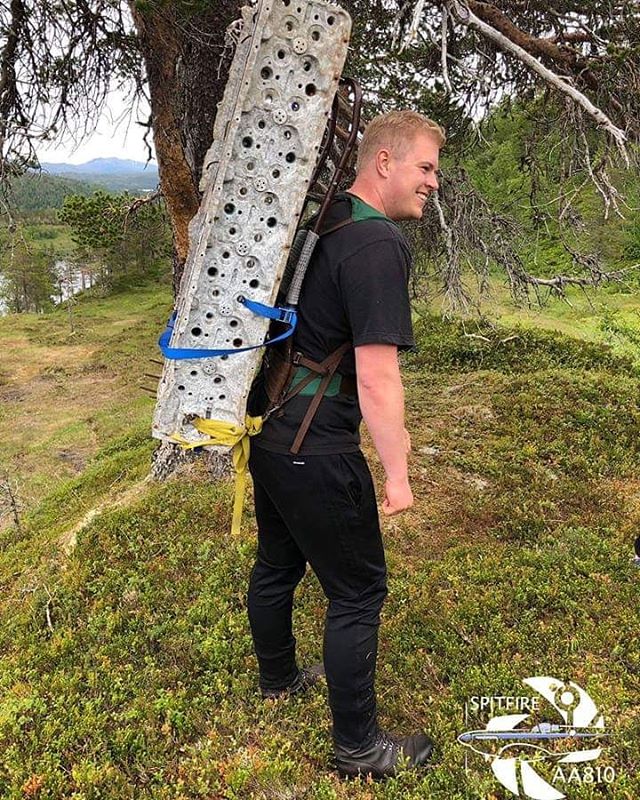 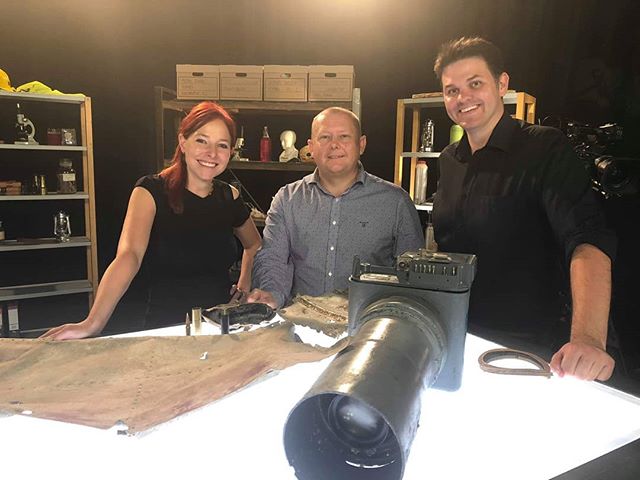 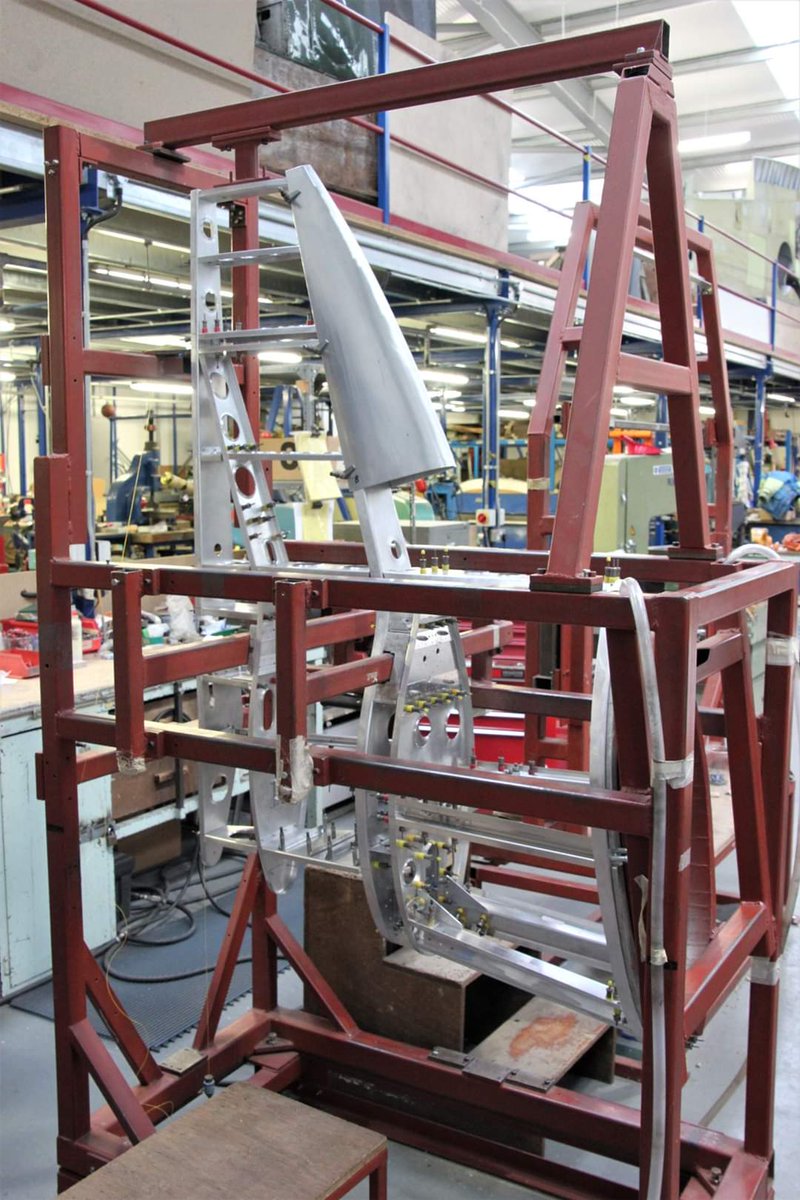