In 2021 Past Master John Allen reached the Fiftieth Anniversary of his joining the Livery. To mark the occasion and to commemorate the contribution to the Company of his father James Allen who was Master in 1976 John commissioned the making of a splendid speaker’s lectern from the workshops of fellow Fan Maker Assistant Ian Block. John’s design included a base of rosewood, a timber indigenous to Myanmar where his father saw wartime service as a Royal Marine Commando in the Burma Campaign. The distinctive rose wood smell reminded him of his home in New Malden. The two pillars represent Arts and Trade United, the Company motto. The perspex block bearing the Company arms represents the valued transparency in what all in the Company do and say in their dealings with each other. The Master thanked Past Master Allen for his generous beautiful and thoughtful gift which would be put to good use by the speakers at the Election Court dinner which included Past Master Allen himself. 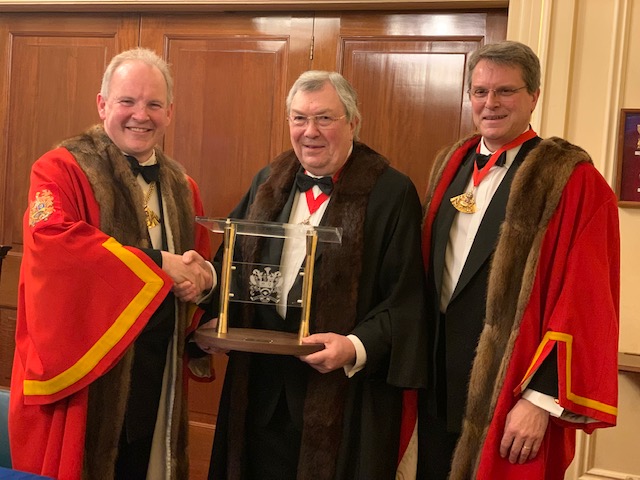