The Company has a Royal Autograph Fan which was presented in 1945 by Past Master W. Bernard Ross-Collins.  The vellum leaf has signatures of members of the Royal Family since the early 20th Century including that of Queen Victoria, Queen Mary and King George VI.   When this was filled a second fan was made.  This was presented in 1986 by Past Master Michael S. Ross-Collins and continues the tradition whereby new members of the Family are invited to sign the fan: this has been done most recently by Meghan, Duchess of Sussex.

A fan with vellum and paper leaf and ivory sticks, 18.50cm. high, circa 1910, ENGLISH/FRENCH.  Presented to the Company by Past Master  W. Bernard Ross-Collins

The Intervention of the Sabine Women

A fan with painted paper leaf and mother of pearl sticks, 30cm. high, circa 1750, FRENCH . Presented to the Company by HRH Countess of Athlone. 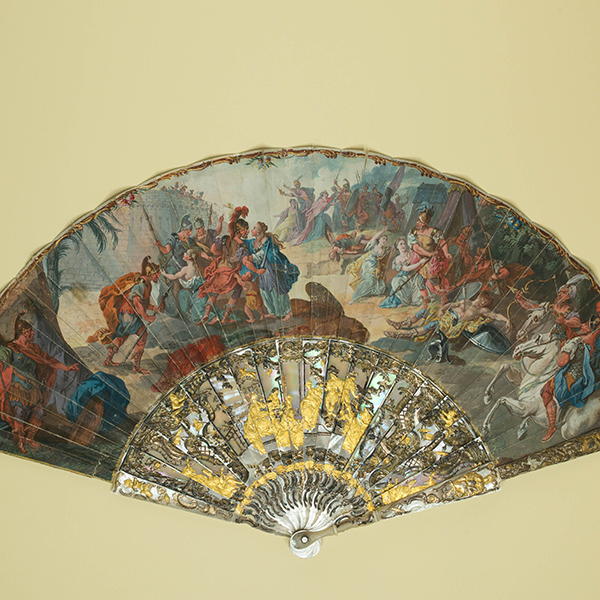 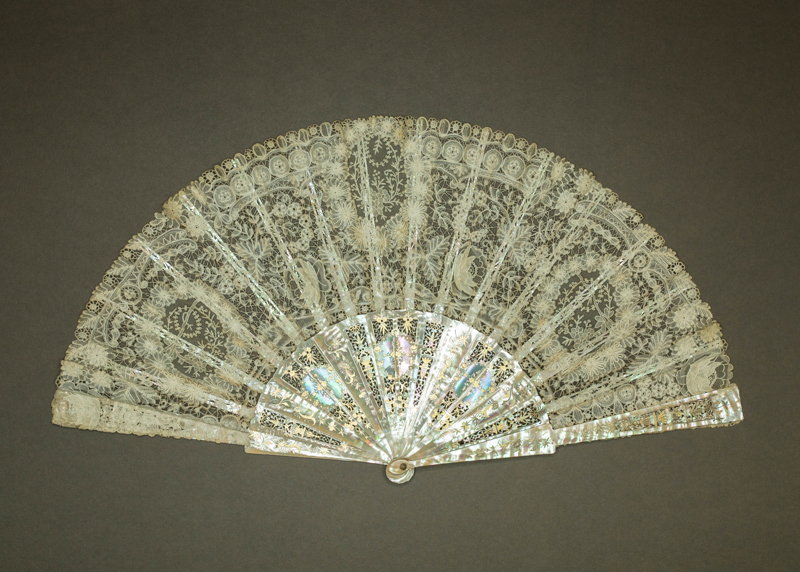 A fan with Brussels bobbin and needle lace leaf having mother of pearl sticks, 28.50cm. high, circa 1880, BELGIAN/FRENCH.  Presented to the Company by HRH Countess of Athlone.

A fan with painted vellum leaf and ivory sticks, 29cm.high, circa 1720, ITALIAN.  Presented to the Company by Past Master  W. Bernard Ross-Collins. 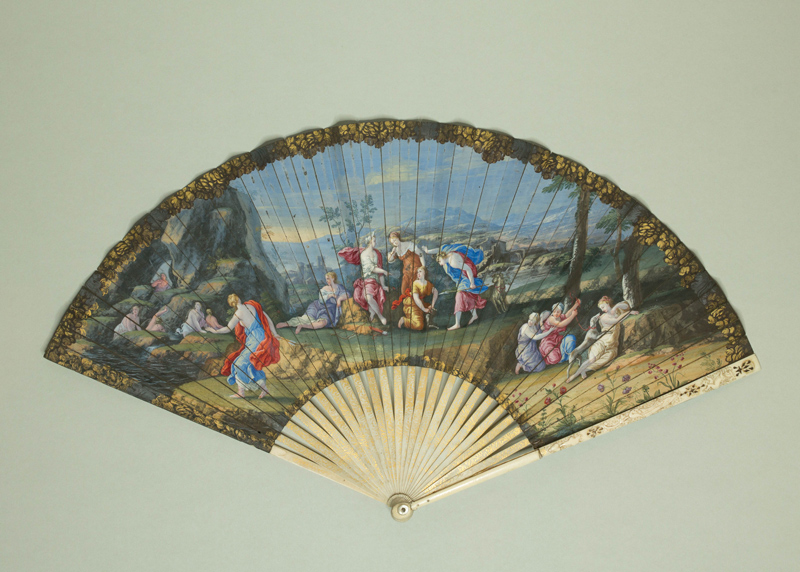 A fan with painted vellum leaf and ivory sticks, 28cm. high, circa 1700, ITALIAN.  The style of painting is similar to the painting on a fan leaf in The Royal Collection RCIN 25063.

A fan with painted vellum leaf after Peter Paul  Rubens, having ivory sticks with a carved frieze of Venus and amoretti, 28cm. high, circa 1720, ITALIAN. 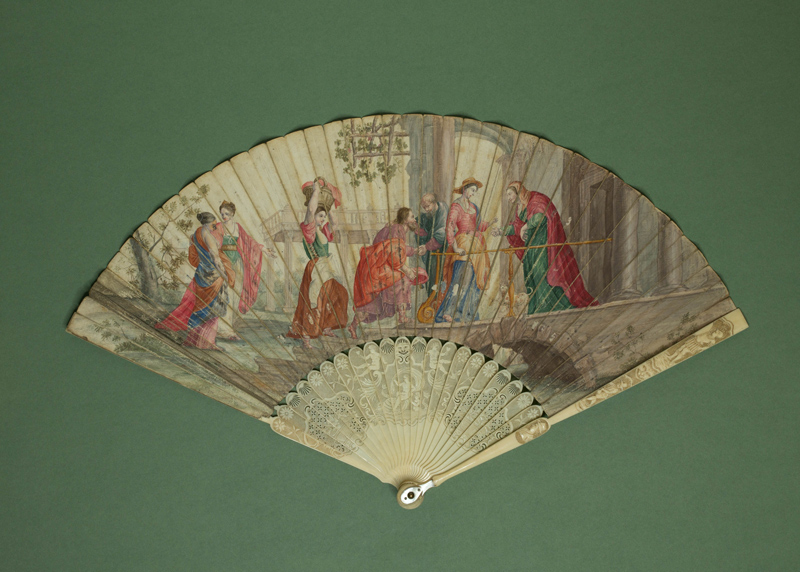 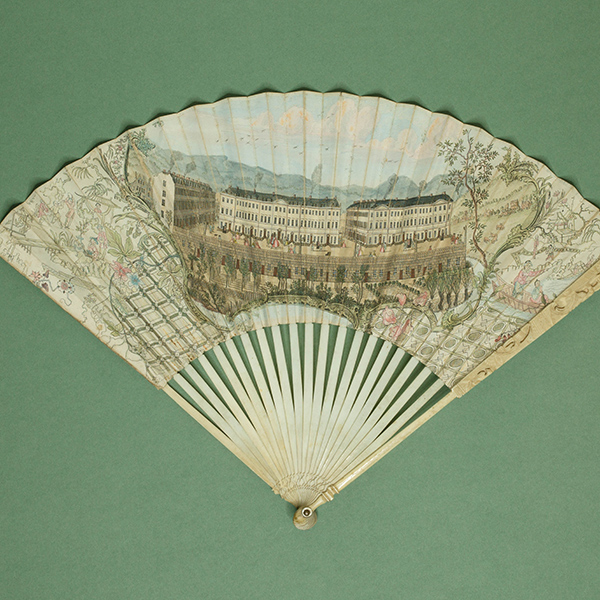 The South West Prospect of the City of Bath

A fan with painted paper leaf and having ivory sticks with a carved frieze of fruit laden vines , 29cm. high, circa 1740, possibly ITALIAN. 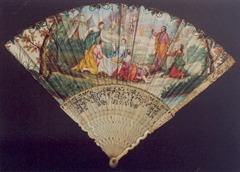