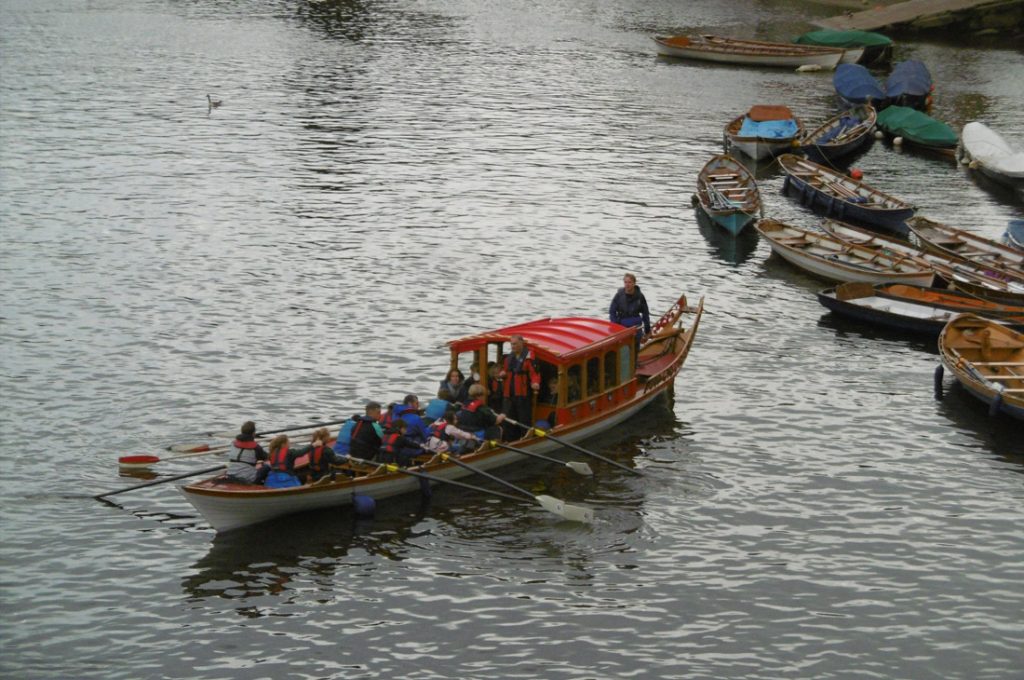 For the first time in living memory, and likely the first time since the mid-1800s, the Worshipful Company of Fan Makers participated in a Thames River Pageant.

On Saturday 12th November the Master, Mistress and Learned Clerk, a team of six oarsmen and cox joined The Lord Mayor’s Flotilla from Westminster Pier to HMS President. Although the course was approximately 2 miles, the rowers’ endurance was tested by a 5 knot incoming tide. At London and Tower Bridges the flotilla inched forward against the tide despite the rowing teams exerting “maximum thrust”.  The task was made even more arduous by a biting easterly wind and a constant deluge from above. Spirits were reinforced at HMS President with mugs of tea and bacon butties. The only casualty was the Master’s hat which, on arrival at HMS President, was sodden beyond repair. A replacement was quickly ordered by the Learned Clerk.

At the time of writing the Court has approved the commissioning of a new rowing craft, a Skerry, for the Worshipful Company of Fan Makers. The Skerry will enable the formation of a Fan Makers Rowing Society and participation in heritage events through membership of the Thames Traditional Rowing Association (www.traditionalrowing.com). The TTRA runs 5 events per year (of which the Lord Mayor’s Flotilla is one) giving the Fan Makers high visibility in the City and beyond. Sporting a canopy in the Company’s colours, the Fan Makers’ Skerry will be a distinctive vessel. 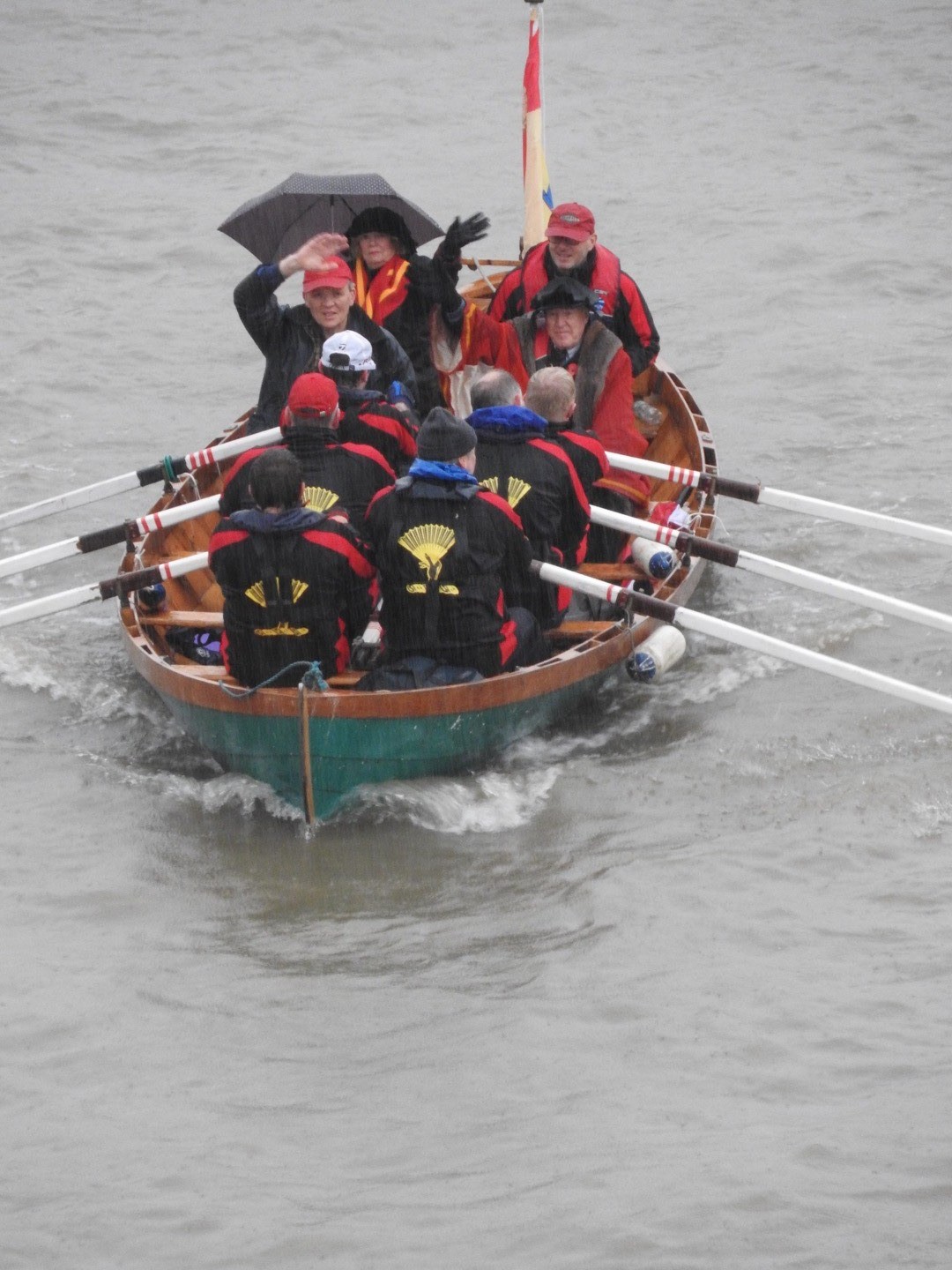 Richmond “Viking” Scout Boating Centre (www.14thrichmondsbc.org) for use by youth groups and schools. Experience shows that rowing activity in these stout traditional craft is good exercise and a team-building activity that appeals to many disaffected youths, particularly those who do not excel at other sports. The 14thR-SBC has taken approximately 8,500 people rowing over the last 5 years, including special needs and disabled crews.

More updates on the build of the Skerry, a call for interest in the new Rowing Society and a request for donations to support the build will be communicated in the coming months. As will plans for an eagerly anticipated launching party at Richmond in April 2017.