Jacob was born around 1665 and lived in Niort en Poitou near La Rochelle in the Department of the Two Sevres. A respected fan maker in France and quite probably an activist in the formation of the French Guild, Chassereau was also a Huguenot. Jacob emigrated to London in the 1680s and married another refugee, Marie Gaudy, on 19th October 1700. He was given naturalisation in the year the Fan Makers was incorporated, 1709. He had a son Peter (born around 1711) and a daughter Francoise Marie (born around 1713). Peter became a surveyor and an architect, gaining his Freedom of the City of London. Jacob died in 1726.

Jacques was Jacob’s younger brother, born around 1670. He married Marianne and they had two boys, Francis born in Niort in 1698 and Antony born around 1700. The family emigrated to London around 1712. Francis married Anne Johannot from Eynsford in Kent and their first child, also called Francis, was born in 1729.

Like his uncle Jacob, Francis was an outstanding fan maker. He joined the Company as member no. 519 and was elected to the Court of the Company in 1721 at the early age of 23. The Department of Prints and Drawings in the British Museum has six etchings showing his fan designs. An unmounted fan leaf showing a Garden Design is in the Alexander Collection held at The Fan Museum at Greenwich, and a hand painted and gilded fan, showing a group of people in a garden, with ivory sticks dated 1741, was exhibited in 1985 at the Museum of London. Granted naturalization in 1743, in 1761 he was made a Director of the French Hospital of La Providence. He died before 1784.

Francis Chassereau Jnr was admitted to the Company in 1755 and, according to a trade card, he also ran a stationer’s business. There were quite close ties. His shop sign was a crown above an open fan at premises in Hanover Street in Long Acre. It seems likely that after his death his widow, Honour, carried on the business.

Assistant to the Court of the Company, Rimmel was a perfumer and took the family business all across Europe, eventually spreading from St Petersburg to New York. He made numerous ladies fans and also fans advertising events such as the opening of the Gaiety Theatre in 1868.

British artist who created over 100 fan designs, largely watercolour on silk. Sadly, because of the delicate medium, many have been lost.

A pupil of Conder who produced up to 30 fan leaves, often depicting Oriental or romantic impressions. He also designed scenery and costumes for the opera.

Produced a number of painted and lace fans.

Also the designer of the panels in the Skinners’ Hall, he painted soft and delicately designed fans.

Best known for depictions of animals and birds.

A popular artist of dramatic and colourful designs

Oscar Berry was Master Fan Maker in 1911 – 1912. He ran his own firm of Chartered Accountants in the City, and was an active member of the London Chamber of Commerce and the London Court of Arbitration. He joined the HAC only so that he could attend a Review at Windsor by Queen Victoria and the Prince of Wales, and with the intention of resigning immediately afterwards, he never got round to resigning and for 40 years until his death in 1932 was the Honorary Auditor to the HAC. He was a long serving member of the Court of Common Council, to which he was elected in 1897 and of which he remained a member, with only a short interlude, until his death. He was also a member of the Barbers’ and Gardeners’ Companies, as well as of the Guild of Freemen, in which he also served as Master, in 1927.

Berry donated a medal struck to commemorate the raising of the City of London Imperial Volunteers (CIV) and their service during the Boer War in South Africa in 1899-1900 to the Company. 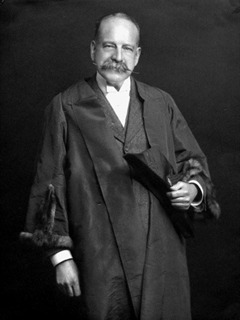