The earliest known version of the Fan Makers’ Company arms are seen in Maitland’s History of London of 1739 and show a large fan below a shaving iron, a bundle of fan sticks and a frame saw, all tools of the fan stick maker’s trade. The crest of a hand holding an open fan is first recorded in 1780. The shield and crest had been used for many years before they were formally granted by the College of Arms in 1991.

The heraldic supporters in the arms symbolise different aspects of modern mechanical fan making and were granted in 2015. The Company began its association with the mechanical fan industry early in the 20th century and has since had many Liverymen and Masters from this field.

The griffin on clouds holding a multi-vaned aircraft jet fan reflects the use of high performance fans in aviation engines. The City of London dragon standing on the steps of a building represents the use of fans in the heating, ventilation and air conditioning provided by building service engineers. The blue and red wings symbolise the cooling and heating effect of fans. The six bladed fan represents the many other uses of fans in the modern world from cooling computers and drying wet hands to ventilating the Channel Tunnel. 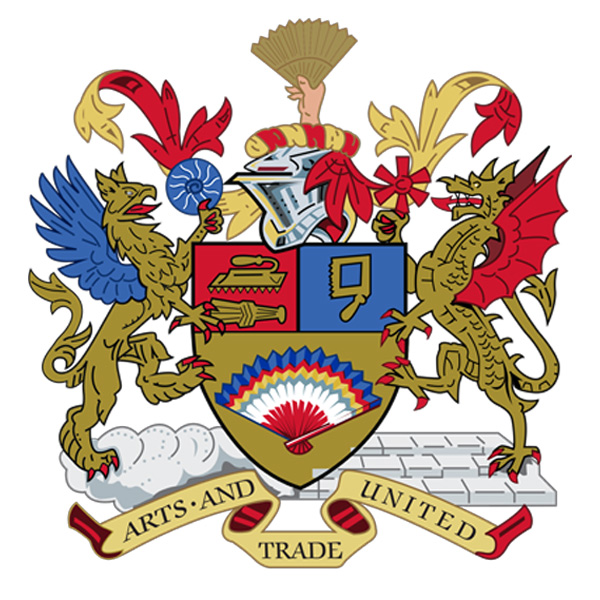 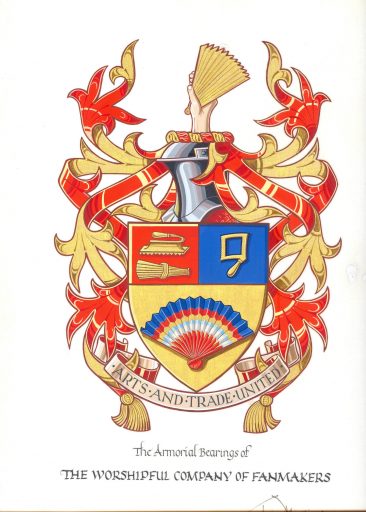